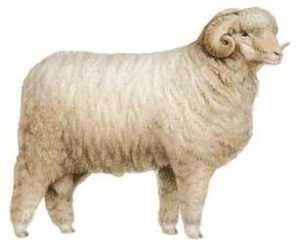 Sheffield Sheep Man Visits Lamar – H. C. Noelke Jr. of Sheffield, Texas, a recent visitor to Lamar County, revealed interest in the increased number of sheep in the county. Noelke owns a 20,000 acre sheep ranch in West Texas, near Sheffield. He stated that about half of his flock are registered Rambouillets. The Noelke family pioneered the sheep industry in West Texas. The sheep man was keenly interested in the abundant rainfall that credits the Red River Valley with much grazing vegetation for sheep. He said it continues very dry in the West Texas area. Mr. and Mrs. Noelke were visiting her parents, Mr. and Mrs. Gus Cothran, 434 North Main, Paris. The Paris News, (Paris, TX) – Sunday, July 6, 1952, Page 7. 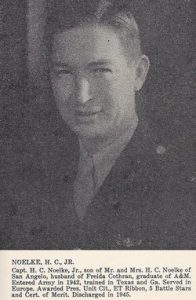 Per Wikipedia, The Rambouillet is a breed of sheep also known as the Rambouillet Merino or the French Merino. The development of the Rambouillet breed started in 1786, when Louis XVI purchased over 300 Spanish Merinos from his cousin, King Charles III of Spain. The flock was subsequently developed on an experimental royal farm, with no sheep being sold for several years, well into the 19th century.

In 1889, the Rambouillet Association was formed in the United States with the aim of preserving the breed. An estimated 50% of the sheep on the US western ranges are of Rambouillet blood. The breed, described as a dual-purpose, is well known for its wool and meat. This breed was also used for the development of the “Barbado” or American Blackbelly sheep, which was crossed with Barbados Blackbelly and mouflon for their horns at hunting ranches.