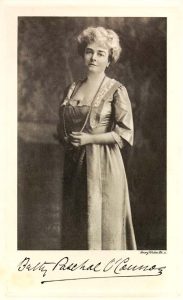 Atlanta Constitution – Judge Paschal was a Georgian who emigrated to Texas many years ago.  In the Lone Star state he rose to distinction as a lawyer.  The singular career of his daughter is attracting attention.  According to a Washington correspondent, Bettie Paschal, not yet 30 years of age, was the former wife of handsome Frank Gassaway, (Derrick Dowd), of the San Francisco Post.  He married her when he was cashier of the First National Bank of Washington City.  His brother was some years a doctor in the revenue marine service in Philadelphia.

Bessie, who was a beautiful woman, did not live happily with Frank.  They parted and were subsequently divorced.  The fruit of this union was a handsome boy, now 13 years of age.  Bessie then married Captain Wright of the regular army.  He committed suicide shortly after by shooting himself in the head.  Mrs. Wright then went to New York, where she was appointed a clerk in the post office, through the influence of General Grant who knew her father well, and who was a staunch Texas Unionist.   Sometime after Mrs. Wright tried the stage under an assumed name, but did not succeed. In the meantime she was writing for various newspapers under many nom de plumes, and because a sort of reviser of literary productions in manuscript in the establishments of Frank Leslie and the Harpers.

Mrs. Wright was for a time engaged to be married to William Henry Hurlbut, lat of the New York World, but for some reason or other the engagement was broken off, and Mr. Hurlbut became the husband of an English heiress.  Last summer the cable told of the marriage of Thomas Power O’Connor, member of parliament for Galway, Ireland, to Mrs. Wright, an American authoress.  It has just leaked out that Bessie Paschal Gassaway Wright is the happy woman.  Her distinguished father, the author of Paschal’s “Annotations of the Constitution,” was married to his fourth wife at the age of 60 years, and was a handsome, dignified looking man.  He died a year ago in Washington.  Lawrence Daily Journal (Lawrence, Kansas), Sat., Oct. 3, 1885, Page 2