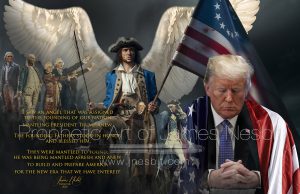 In 1682, the first Paschal stepped foot on American soil.  There has been a Paschal presence in this country for 339 years.  They came to this country seeking freedom and was willing to do whatever it took to hold on to that freedom.  Our ancestors have fought in every American war beginning with the Revolutionary War.

On December 31, 1776, General George Washington encouraged his men to re-enlist in the Army.  He said, “My brave fellows, you have done all I asked you to do, and more than can be reasonably expected; but your country is at stake, your wives, your houses and all that you hold dear. You have worn yourselves out with fatigues and hardships, but we know not how to spare you. If you will consent to stay one month longer, you will render that service to the cause of liberty, and to your country, which you probably can never do under any other circumstances.”

About half of the men did re-enlist and on January 2nd and 3rd, Washington and these men defeated General Cornwallis.  The battles of Trenton and Princeton were part of the “Ten Crucial Days” of the American Revolution. The battles turned the war around for the Americans. Many people who had given  up hope, now believed America would win the Revolution.

245 years later, our country is at stake, our families, our houses and all that we hold dear. On January 6, 2021, the destiny of our nation will be determined.  This is a spiritual battle and we are in crucial days.  Do not give up hope.  Once again the Paschal’s are fighting in an American war, but we will fight this one on our knees.