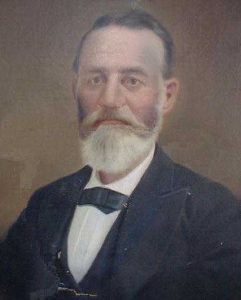 THE LAST OF EARTH – FUNERAL OBSEQUIES OF HON. FRANK L. PASCHAL THIS MORNING.

A Brief but Touching Discourse by the Rev. Dr. Neil–He is Followed to His Grave by Texas Veterans and a Host of Fellow Citizens.

The funeral of Hon. Frank L. Paschal took place from the residence of his daughter, Mrs. Mary Huppertz, this morning. The remains were brought to the First Presbyterian church, followed by a large cortege of carriages and some friends of the deceased on foot. The casket was borne into the sanctuary by a delegation of Texas veterans. When services began genuine grief and tokens of respect were manifested by all who had assembled in the church to see borne to his rest one whose history was equal with the early days of the struggle for Texas independence.

Rev. Dr. Neil occupied the pulpit and with manifestations of emotion he began a brief discourse by saying that scarcely ever in his long ministry, had he felt so deeply sad, a loss so personal as in the death of Mr. Paschal. He said he loved him for his kindness, honor and gentleness of character almost womanly. He then sketched rapidly the biography of the deceased. Mr. Paschal was born in 1810, at Lexington, Georgia. His parents were religious people, particularly the mother of the deceased, who had early been imbued by her with sentiments of piety and religion. News of stirring events in Texas reached him, when he resolved to offer his services as a soldier to the cause of the struggling colonists. While his mother very naturally yielded a reluctant consent, yet it astonished her that one so gentle and sweet in disposition should have sought the fierce encounters of war and become so distinuished for his courage and endurance. It was in 1836, that Mr. Paschall came to Bexar county, the year of the Alamo, Goliad and San Jacinto, and with the exception of a brief period spent in Mexico during the war has lived here ever since, thus almost completing a half century’s residence among us. When Dr. Neil came here, 12 years ago, Mr. Paschal was one of the original six to aid him and sustain him in organizing a church and erecting a building. There was one trait, said the reverend preacher, that was noteworthy and salient in the character of the deceased. He never was heard to open his mouth in anger, reproach or condemnation of any one. If he had naught of good to say of some one who was the theme of discussion, he said naught, leaving his opinions to be mantled with the generous veil of a charitable silence.

Rev. Mr. Neil closed his brief eulogy by saying his life was an example, a living epistle of good deeds, family affection and gentleness. It should inspire those around him to imitate him. He died as he had lived, in the firm belief of his Saviour, Jesus Christ, and his spirit was now receiving its reward in the loving communion of his Master, where he had served so faithfully here on earth. At the conclusion of the hymn “I Would Not Live Always,” Dr. Neil announced that the services would be concluded at the cemetery. Then the pall bearers, veterans, gently and lovingly removed the casket to the hearse, the congregation all rising and bowing as the body was carried out.

The honored deceased leaves behind him four children, Hon. George Paschal, United States District Attorney; Ernest Paschal, Dr. Frank Paschal, an esteemed and distinguished physician from Chihuahun City, Mexico and Mrs. Mary Huppertz. And so to rest in the shade of the other shore, another of the heroic band of Texas veterans has been called away. He leaves behind a reputation for manly worth and usefulness that “smells sweet and blossoms in the dust.”

PASCHAL, FRANKLIN LAFAYETTE (1810–1884). Franklin Lafayette Paschal, soldier and legislator, was born at Lexington (some sources say Athens, some Bowling Green), Georgia, on January 15, 1810, the son of George Washington and Agnes (Brewer) Paschal. He arrived in Texas from Rome, Georgia, as second lieutenant of Capt. Gustavus A. Parker’s company of three-month volunteers on January 12, 1836. On December 10, 1836, he enlisted as a private in Capt. Clark L. Owen’s Company A of Col. Joseph H. D. Rogers’s First Regiment, Permanent Volunteers, of the Army of the Republic of Texas and ten days later was promoted to commissary sergeant. Later, as a member of the Texas Rangers under Capt. John C. Hays, Paschal was seriously wounded while on a scouting mission near San Antonio; he went to Georgia for medical treatment. He returned to Texas in 1839 and settled at San Antonio, where, by July of 1840, he owned 6,721 acres and had been elected assessor. On February 1, 1841, he was elected Bexar county coroner. He was elected sheriff in 1843 but resigned and ran successfully for the House of Representatives, where he represented Bexar County in the Eighth Legislature (1843–44) of the Republic of Texas. At various times he also served on the San Antonio city council, as city tax collector, and as crier of the United States district and circuit courts. On May 13, 1844, Paschal married Mary Frances Roach of Charleston, South Carolina. They became the parents of George Paschal, a San Antonio district attorney and mayor, and of the physician Frank Paschal.  Mrs. Paschal died in 1869, and Paschal died of pneumonia in San Antonio on February 13, 1884. He was the brother of editor and jurist George Washington Paschal.