On May 30th, our nation will observe Memorial Day.   Memorial Day, which was originally named Decoration Day, originated during the American Civil War when citizens placed flowers on the graves of those who had been killed in battle.  After World War I, the day came to be observed in honor of all who have died during the nation’s wars.  Our nation and the individual families will never forget their loves ones who sacrificed their lives for our freedom.

There is another one who gave the ultimate sacrificed of His life for the freedom of all mankind.  His name is Jesus Christ.  We don’t place flowers on His grave because He was resurrected on the third day after He died.  Then forty days later He ascended to heaven from the Mount of Olives outside of Jerusalem, Israel.

Jesus did institute a Memorial Day for Himself.  Paul, the apostle, wrote about it in 1 Corinthians 11:23-26  23 For I received from the Lord that which I also delivered to you, that the Lord Jesus, on the night when He was betrayed, took bread; 24 and when He had given thanks, He broke it and said, “This is My body, which is for you; do this in remembrance of Me.” 25 In the same way He also took the cup after supper, saying, “This cup is the new covenant in My blood; do this, as often as you drink it, in remembrance of Me.” 26 For as often as you eat this bread and drink the cup, you proclaim the Lord’s death until He comes.

We call Jesus’ Memorial Day simply communion.  The U.S. Memorial Day is once a year.  Communion can be daily until He returns to earth.  Returning to earth is the promise He made to all mankind.    The signs of the times indicate that promise is getting closer to being fulfilled. 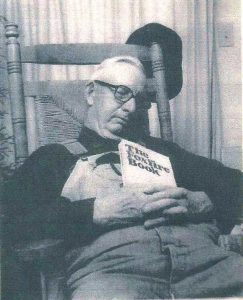