I didn’t know my grandparents very well. My dad, William Harold Reid, was in the Coast Guard and we lived mostly on the East coast…..one small glimpse, though, told to me by my cousin Karron (Doris’ daughter).

When visiting our grandmother in Colorado City, Texas she noticed that mamaw (Ollie) as we called her, had set the dinner table with the glasses and plates upside down and the silverware under the plates. Karron asked why.  Mamaw said, “to keep the dust off, of course.” Well, this was West Texas in the ‘60s, but there were no dust storms. In talking about it, Karron and I realized that after losing the farm in Wise County, the family had spent some time as sharecroppers, and had lived for a year or so near Dalhart, Texas, a major area of horrific dust storms in the 20’s and 30’s. Old habits die hard. 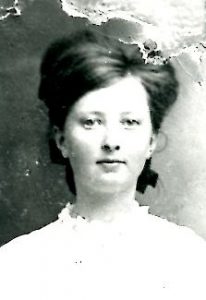